Well, we’ve reached the end of another year and entering a new start in 2015. We have seen the weather in 2014 be kinder to turf managers than the previous few. ‎Moreover, the weather has prolonged the warm season; with the first serious widespread frost not appearing until the last week of November. Here Alan Abel from Complete Weed Control gives his thoughts.

Regardless, we are entering an intense period of sporting fixtures and groundsmen and greenkeepers are under extreme pressure to keep their pitches, golf courses and sporting venues in the best possible condition. With such intense scrutiny with regards to games on television, any discrepancy will show up, only adding to that pressure.

Clearly, this is no easy feat as grasses are under stress from cold and wet weather and soil temperatures are plummeting (that's if you haven't got luxury of undersoil heating‎!)

If necessary, call your local CWC Office and they can send soil samples away for analysis if you think something is wrong with your sward growth. So much is occurring underground that without the benefit of science; anything could go unnoticed until it’s too late.

There are many potentially harmful ailments that can have a seriously detrimental effect on turf quality: harmful nematodes, leatherjackets or chafer grubs and‎ fungal attacks from anthracnose, fusarium or lithium to name just a few.

Simply put, the healthier your grasses are, the more likely they are to ward off any potential aliments.

This is where the buzz phrase “Integrated Pest Management” (IPM) comes in. If you can use substances to keep the sward healthy; this reduces the need for fungicides that are typically expensive and can quickly eat into the Turf Managers' budget. 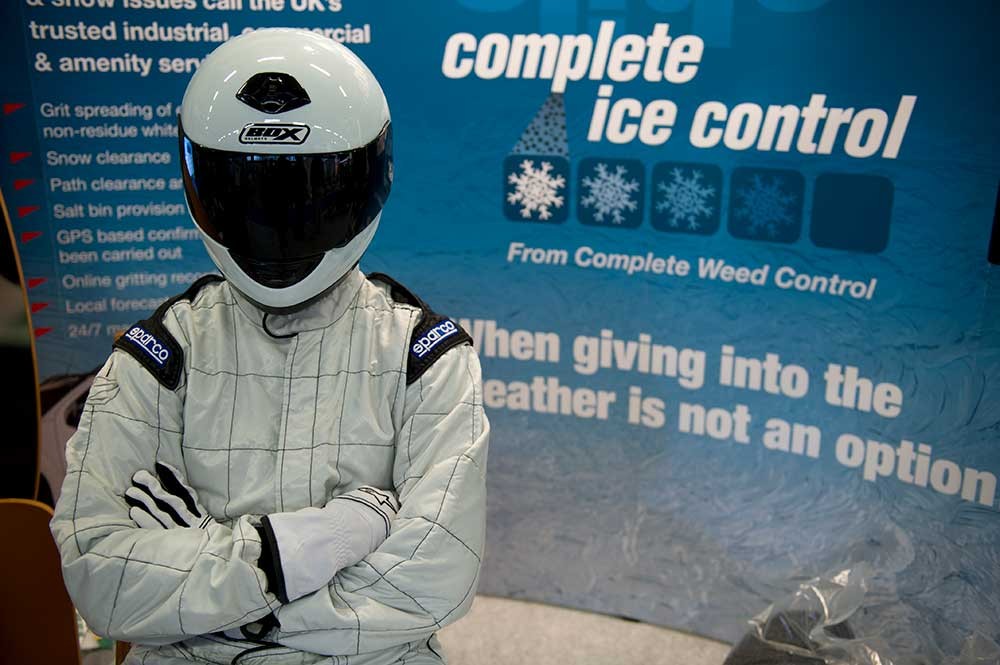 A programme of sea weeds, phosphites and Harpins is available and can put you in a 'win-win' situation - bolstering sward resistance to attack and improving overall quality.

On the topic of IPM, 2015 sees the Sustainable Use Directive come into play with legislation on the use of pesticides and clamping down on who can purchase them. People will need to show their NPTC spray certificates to obtain any kind of pesticide. Also the 'Grandfather Rights' will no longer apply so training will be uppermost in people's minds.

Sprayer testing will be the norm, with annual MOT'S for boom sprayers now becoming mandatory.

These new Laws are necessary to save our industry from being bereft of the tools needed to keep our sports grounds as good as they are now‎. To lose some essential active ingredients due to careless spraying would be bad for all of us. Once these pesticides go off the market, they don't ever come back.

The Water Framework Directive from the EU is probably the biggest driver in what is happening throughout the country with regards to water quality testing. The Environment Agency and Natural Resources Wales are constantly looking for pesticides in water and know when and where spikes occur.

Having met an officer in the back of beyond in rural Wales who approached me when seeing the sprayer‎, he told me that the instances of MCPA, CMPP and Dicamba were showing up in high concentrations throughout the Welsh river network.

What was surprising is that glyphosate was not on their radar. This does not mean that it won't be in the future but that spot treatment of hard surfaces is a requirement under new glyphosate labelling and must be obeyed at all costs.

That is where the Complete Weed Control WEED- IT machine comes into its own as the world's leading piece of herbicide application technology. The machine can meet, and in many cases exceed, the EU requirement of reducing the amount of glyphosate active ingredient onto hard surfaces. The fact that it targets chlorophyll means that within seconds the herbicide is absorbed into the plant with NO run off and NO need for blanket spraying.

Without a doubt, there is a lot to consider as we enter a New Year, and as usual we are ever in the hands of Mother Nature and what she throws at us.

Don’t forget to visit www.completeicecontrol.co.uk. The gritting and snow clearance season is upon us again and all we can do is be ahead of the game and ready for any eventuality.

Complete Weed Control will be at BTME in Harrogate from January 20-22 on stand C48.