Its past mid-summer and the grasses are looking burnt, with the odd storm rejuvenating them briefly. The sporting summer of 2014 has been an amazing spectacle and all but completed, with the winter sport season about to begin. Glasgow has shone for the Games and Royal Liverpool and Royal Porthcawl looked magnificent for both the Opens. It’s not long until the Ryder Cup at Gleneagles, so it’s getting to the sharp end for the greenkeeping team up there.

Here, Alan Abel from Complete Weed Control gives his monthly advice on what to look out for. 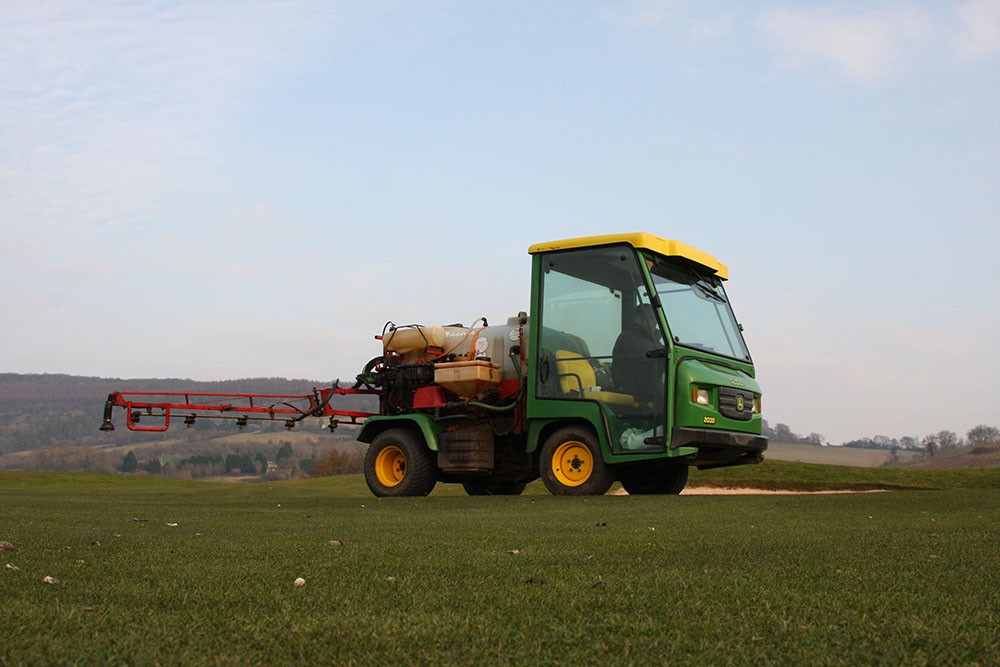 We have seen an early season this year for weed control, as temperatures rose in April and a lot of selective weed control took place. But that's 4 months ago and they are running out of steam, especially where clover has germinated later than broad leaf weeds.

It might now be necessary to contemplate a second spray in some situations. Where clover is the only problem, then it is so obvious that spot treatment is effective.

It’s also the time of year that the invasives can become more obtrusive. The Giant Hogweed has flowered, while the Himalayan Balsam is in the ‘pink’ and spreading at a rate of knots. Japanese Knotweed is very obvious but is late to flower, maybe due to lack of moisture in the ground.

Every season is so different, and plants respond in different ways. That's why timing of herbicide applications is of the essence and needs to so precise due to their rising cost. This is where passing this type of specialist work to a contractor pays dividends, as they have the expertise and know the different treatments available best suited to your needs.

Despite the loss of some of the well-known herbicides like Tordon 22k and Timbrel to name only two, there are other new products on the market that need stewardship before supplying and must be used by professionals.

Complete Weed Control has a national network of franchisees ready to survey any situation and offer a solution to any weed, pest or disease problems. Disease in fine turf will be prevalent in the early autumn. All turf managers of these areas should be looking at the health of the plant going into these periods of high incidences of disease.

By making the grass stronger with the use of Harpins, fertilisers, turf hardeners and other products, this will protect the swards from being attacked by pathogens. This all comes under the umbrella of the Sustainable Use Directive (SUDS) from the EU. Using more cultural methods and trying to reduce the input of fungicides is the aim of the directive. This goes for all of the amenity market. You could also look at Integrated Pest Management to try and reduce our reliance on pesticides in general.

It’s not long until SALTEX at Windsor Racecourse, and all that promises. Let's hope for good weather again for all the exhibitors.

For more information, please contact Complete Weed Control’s National office on 01325 324 277 or visit www.completeweedcontrol.co.uk. You can also follow CWC on Twitter @CWCLimited for much more news, reviews and insightful views.