“I was running a farm and importing Toyota 4x4's back in the summer of 1982. We decided to demonstrate our product at the Royal Show that year, which was where I first met Roger Turner, the then CWC Managing Director. He was so impressed with our sprayers that he said he needed to purchase seven,” said Alan.

“This obviously caught my attention. I asked why he needed seven sprayers and he told me he was franchising his business and things started from there.”

Since starting trading in 1983, the business expanded fast within his region and saw his team work at prestigious venues such as the Millennium Stadium and Celtic Manor, home of the 2010 Ryder Cup. 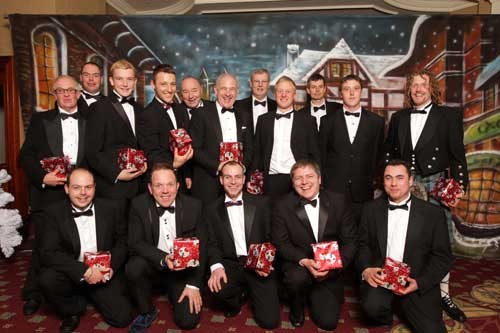 Alan then became a Franchisee Director before becoming involved in the management buyout with fellow franchisee Ian Graham in 2007, with a pledge to drive the business forward by re-branding the company for the first time in its history.

This involved more participation at trade shows around the country, the introduction of new products such as Baseguard and new services such as ice and snow control services through a new company, Complete Ice Control. All this, along with the continual research and development of the WeedIT machine, ensured that CWC was kept at the forefront of the industry.

“CWC has come a long way since I first saw Roger back in 1982, with a Toyota HiLux which had been converted into a weed sprayer. Over the years I’ve seen a lot of change in legislation including new pesticide and herbicide laws. To keep ahead of our competitors, not just myself, but all of the CWC franchisees have invested in the very latest equipment and training to ensure our staff work to the highest possible standards.”