The ground services team at the new £250 million development of the latest Center Parcs holiday village - Woburn Forest in Bedfordshire have brought overgrown bracken under control, thanks to the help of the team of five franchisees from Complete Weed Control. The control of this bracken is an important step in improving the biodiversity of the forest. 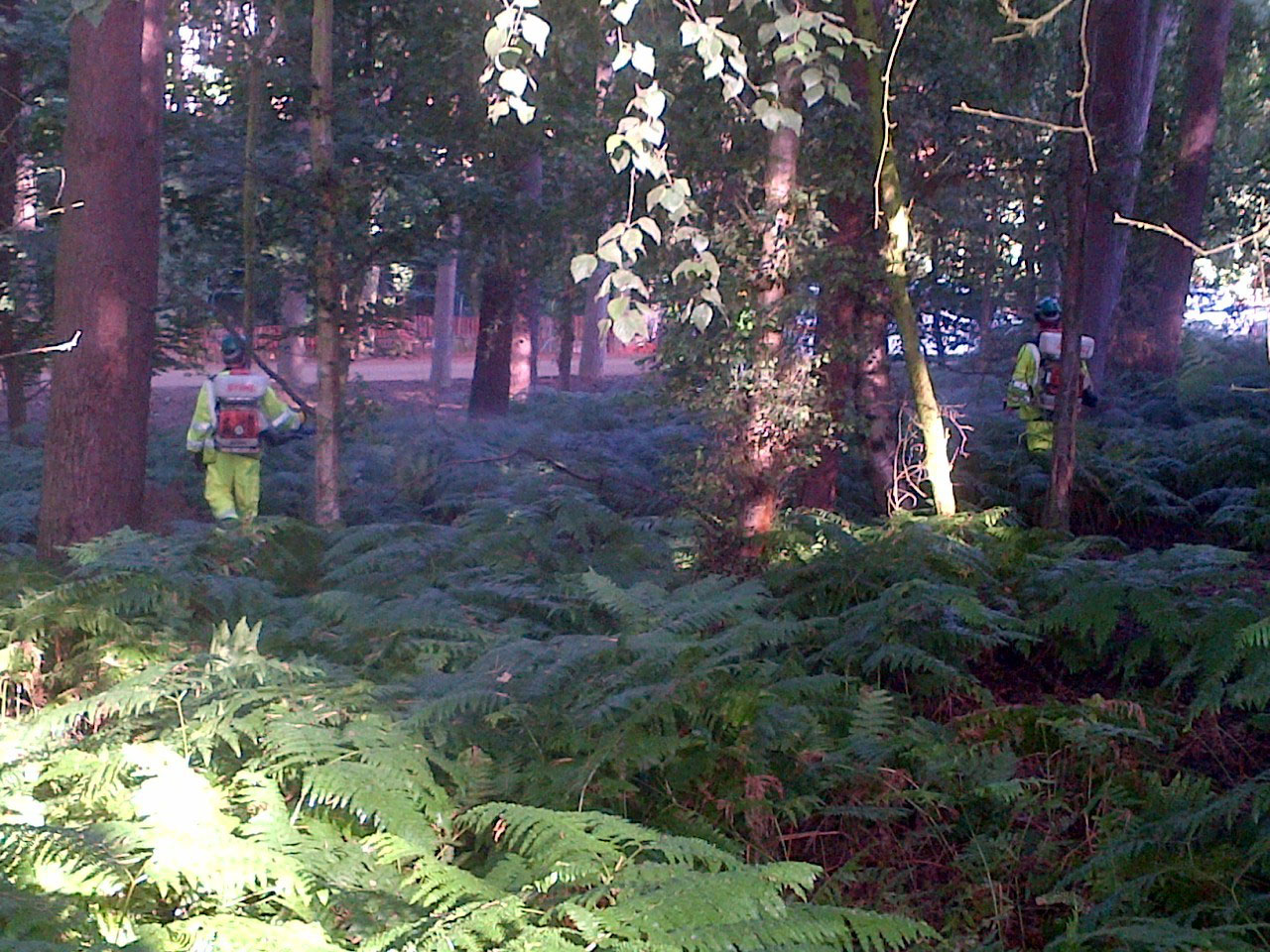 Large open tracks of the undulating forest landscape were previously beset by bracken, giving it an unappealing monoculture and smothering other plant life. Center Parcs urgently sought a means of ridding the forest of this dominant plant, which can also be a menace to wildlife.

Complete Weed Control, The UK’s largest weed control contractor, which had successfully performed moss and algae clearance from lodge roofs along with total weed control applications at other Center Parcs forest locations, was called in to give a specialist assessment of the problem and come up with a suitable solution.

“We were stunned by the extent of the bracken problem at the Woburn Forest site,” said Alan Abel from Complete Weed Control (South Wales). “It was a very challenging task.”

Spraying took place during the summer of 2013 with personnel from Home Counties, Midlands, South East London, Central Wales and South Wales franchises gathering at the site in early August under a collective Complete Weed Control banner to spray 32 hectares using a variety of hand-held equipment, an 8-wheel Argocat ATV, and a 4-WD vehicle fitted with long hoses and Hypro XT nozzles for target spraying.

Spraying of the whole area was successfully completed within a week and the removal of this bracken will mean that a wider variety of plants should start to flourish in the coming months which will then attract a wider variety of local species of fauna.