Cheltenham Town Football Club has commented that the services of Complete Weed Control have made the role of their groundsman a great deal easier.

Founded in 1887, Cheltenham Town FC went on to spend its first three decades in local football. But the ambitious club from Gloucestershire had set its sights higher and eventually entered the Football League in 1999. Since then, the club has played as high as League One - the third tier of English football, spending a total of four seasons there. Their best FA Cup run saw them reach the last 16 in 2002.

It was upon reaching the Football League in 1999 that the club first turned to the services of Complete Weed Control. 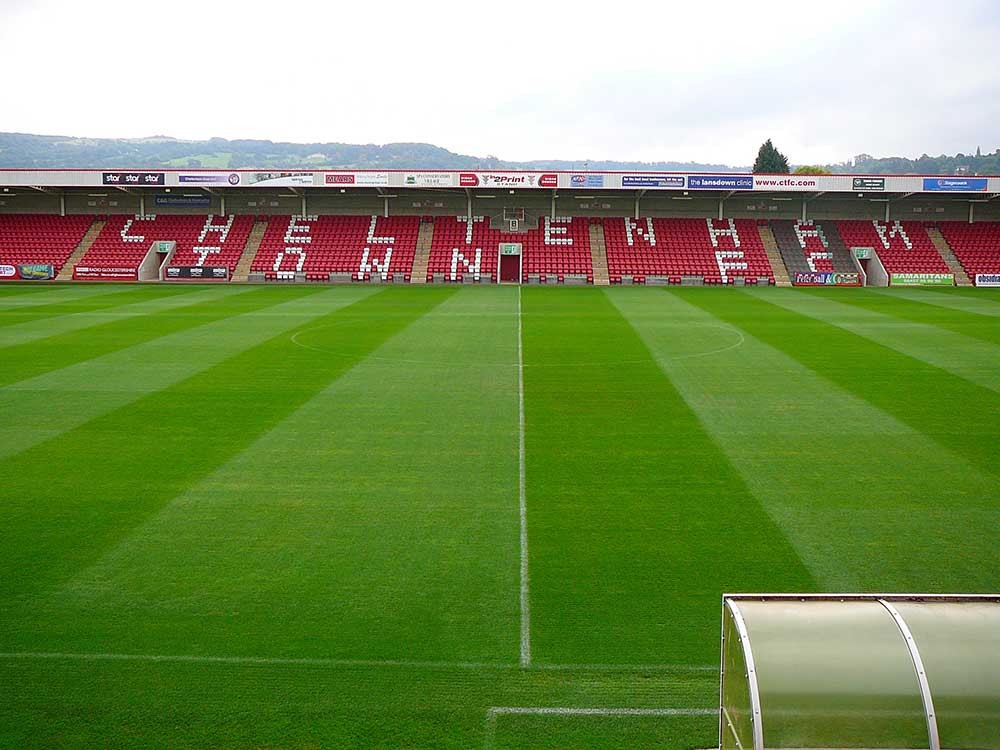 “As soon as the club entered the Football League we contacted Complete Weed Control. This was due to the company being one of the first to use modern day products that are common place in today’s grounds keeping industry such as liquid feeds and bio slims,” commented a club spokesman.

Established in 1972, Complete Weed Control has gone from strength to strength over the years and has cemented its position at the forefront of the industry. With over 50 franchises based in the UK and Ireland, Complete Weed Control is the number one choice for those looking to eradicate all problematic weeds, wherever they appear.

Each Complete Weed Control operative is fully trained and adheres to a common set of standards and procedures. All work is undertaken by abiding to strict health and safety guidelines, meaning that groundsmen can concentrate on other tasks without concerning himself with the ins and outs of pesticide legislation.

“Working with Complete Weed Control certainly saves us from the nightmare of health and safety paperwork. Their knowledge of what products and applications to use along with useful suggestions is exceptional.

“It’s also a lot cheaper for us to hire the services of Complete Weed Control rather than purchase the kit and pay for high quality products, which CWC can easily source.”

It’s no wonder that more and more clubs like Cheltenham Town are turning to the services of Complete Weed Control. As well as undertaking work for a number of different sectors, including local authority, industrial and forestry, many leading sporting venues are now working with Complete Weed Control in order to keep their facilities in the best condition.

But it is not just their expertise or quality of work that makes Complete Weed Control the leaders of the pack.

“The service and aftercare are truly outstanding. Alan Abel and Nick Rawlings are our CWC operatives and we consider them as friends rather than contractors.

“They are both only ever a call away and due to our long standing relationship, if an outbreak of severe turf disease occurs, they will drop everything and fit us in at the end of the next day. That is just how the company operates.

“Complete Weed Control certainly go above and beyond the call of duty.”