Richard is the latest to join Complete Weed Control and after owning a solar panel business for a number of years, he decided that it was time for a change of direction. Upon selling the business, Richard was able to concentrate on pursuing the change he needed, and his time focusing on this was key to him joining the CWC family. 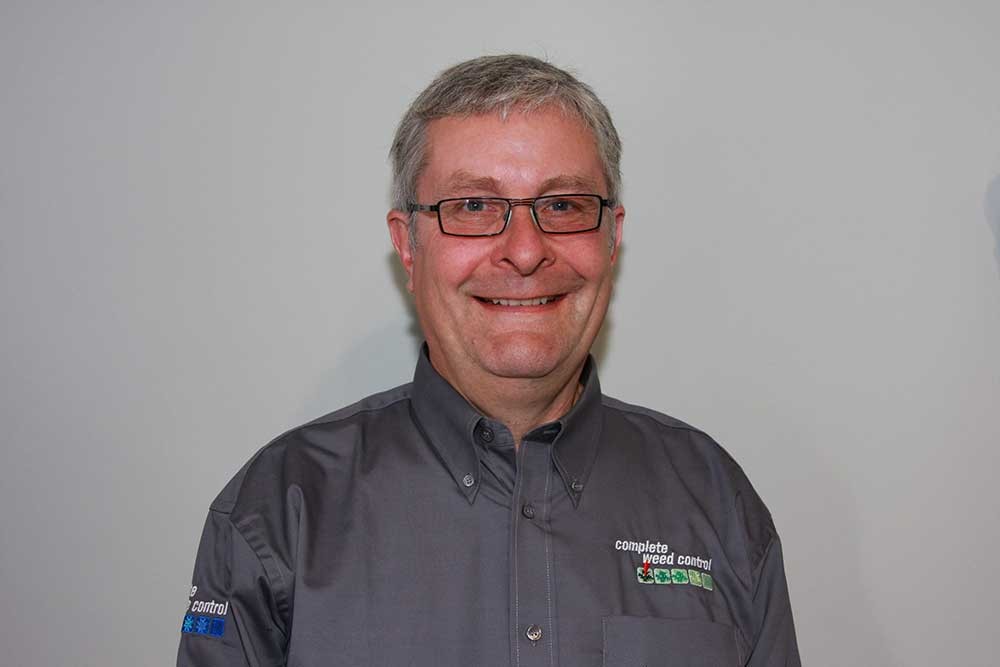 “What attracted me to Complete Weed Control was that I was already qualified in invasive species control which I was able to do once I sold the business and had more time on my hands. Whilst I was undertaking my qualifications I started volunteering at the Trossachs National Park and also did a lot of work for the Forth Fisheries Trust.

“Once I got my qualifications I really wanted to take those and the experience I had gained into a new venture. After looking around I came across an online advert. It seemed a perfect fit so I looked further into it,” said Richard.

Since its beginnings in 1972, Complete Weed Control has gone from strength to strength and has built a reputation as the most professional and relied upon weed control contractor in the UK. The CWC group has been complimented by its hugely successful business model. Every inch of the UK is now occupied by a Complete Weed Control operative and also has a growing presence in Ireland.

“I soon recognised that CWC has an extremely good business system and after talking to a number of people I felt that it was the right move to make.”

“I’m now receiving on the job training with a six month handover period from the previous area manager. It’s going really well and the handover will ensure a good continuity.”

Richard, who relishes the opportunity of working outdoors, will be in his element when providing the many services CWC has to offer. As well as carrying out total weed control on hard, soft and gravel surfaces, Richard will be on hand to provide aquatic weed control, grass growth control, insect control, moss and algae control, invasive species control and many more.

In carrying out these unique services, Richard will of course be assisted by CWC’s dedicated personnel at head office; something which he has already become familiar with.

“Head office has been very supportive and that is exactly what you want. They give me all the back-up that I will need to operate successfully and this will be vital to achieving my goal of increasing the business and increasing turnover,” he said.