The season of mists and mellow fruitfulness

Alan Abel from Complete Weed Control gives Turf Managers his view as we enter the final quarter of the year.

As we enter the final quarter of the year, you will start to see plenty of early morning dews; the days are getting noticeably shorter at both ends and the sun is not giving out as much heat as we've become used to over our reasonable summer. Mists have been seen swirling in the early morning light, and if the old saying is to be trusted, we could be in for a long, cold winter judging by the trees laden with fruit and berries. 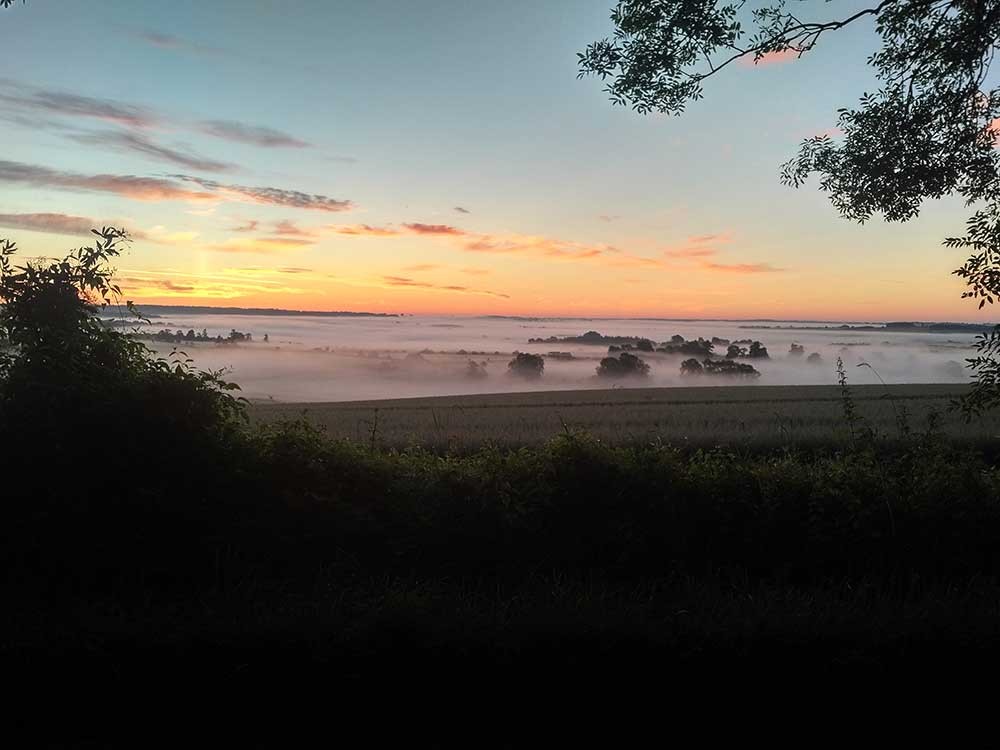 With this in mind, swishing of golf greens should be a matter of course as some damaging attacks of fusarium have already made their mark. At least removing the dew will reduce the dampness in that microclimate that exists just above the soil level. The soil temperatures are still up, and there is plenty of grass growth so when we do get a bit of heat creeping in at about mid-day that is when fungal spores are most able to attack vulnerable swards.

The Ryder Cup has just finished, so there will be a natural spike in the amount of golfers hoping to emulate their heroes. They will be out in force early mornings which makes it difficult for the routine operations to take place ahead of them. With the large amount of rainfall in September, combined with it being the third warmest on record, then worms are already at the surface casting.

For this reason, it is timely to spray with Carbendazim for their control, ensuring that the pH of the water is at its optimum of 5.5 is essential to help the efficacy of this particular pesticide. Also a ‘wetter’ to make sure it reaches well below ground level is a must for good worm cast control.

With the exceptional growth conditions we have recently experienced; it has brought into focus the necessity for a second application of selective herbicides to prevent over wintering daisies to be controlled. It is not that an early application wasn't successful it's just that the characteristics of the 'Bellis Perrenis' root system is so sturdy. Enough herbicide can't be taken up to give 100% weed control at the first time of asking.

We are also in the right period of the year for the treatment of Japanese Knotweed. The plant is in the spotlight continually and appears to be in the press weekly, including a six page spread in a recent weekend magazine. The plant has now flowered and is about enter senescence.

So, when it receives a dose of glyphosate at this time of year, then the herbicide is transported through the xylem and phloem of the plant and down into the rhizomes. This is exactly where you want it.
It is very difficult to resist cutting the plant or indeed spraying on its first sign, but the long wait of perhaps six months since first spotting the wretched pinky/green leaves pushing up through the ground will be well worth the results that will be evident in the following spring.

There may be up to an 85% reduction in plant material and again the waiting game is on until that autumn.

A plethora of information regarding Invasive species can be found by visiting www.completeweedcontrol.co.uk where you will also be able to find your local specialist who will be able to assist in all aspects of accurate pesticide applications .